Plugins supporting SemVer will have a little badge on the right side of their title: SemVer Those plugins help contributing to a more stable Neovim ecosystem, and hence are put in front of others. Thank you!

What do you want for autolist.nvim?

Automatic list continuation and formatting for neovim, powered by Lua.

@gaoDean is asking the community what kind of features you want to be included in the next iteration of autolist.nvim. Go help them out with the next feature set!

Have you ever used print() in your plugin code for debugging? This new plugin by @smartpde simplifies this use case - leave log statements in the code and enable them when needed.

Another new plugin by @smartpde for picking the recent files with Telescope. Unlike the built-in oldfiles picker, this plugin also takes into account new buffers opened in the current session. 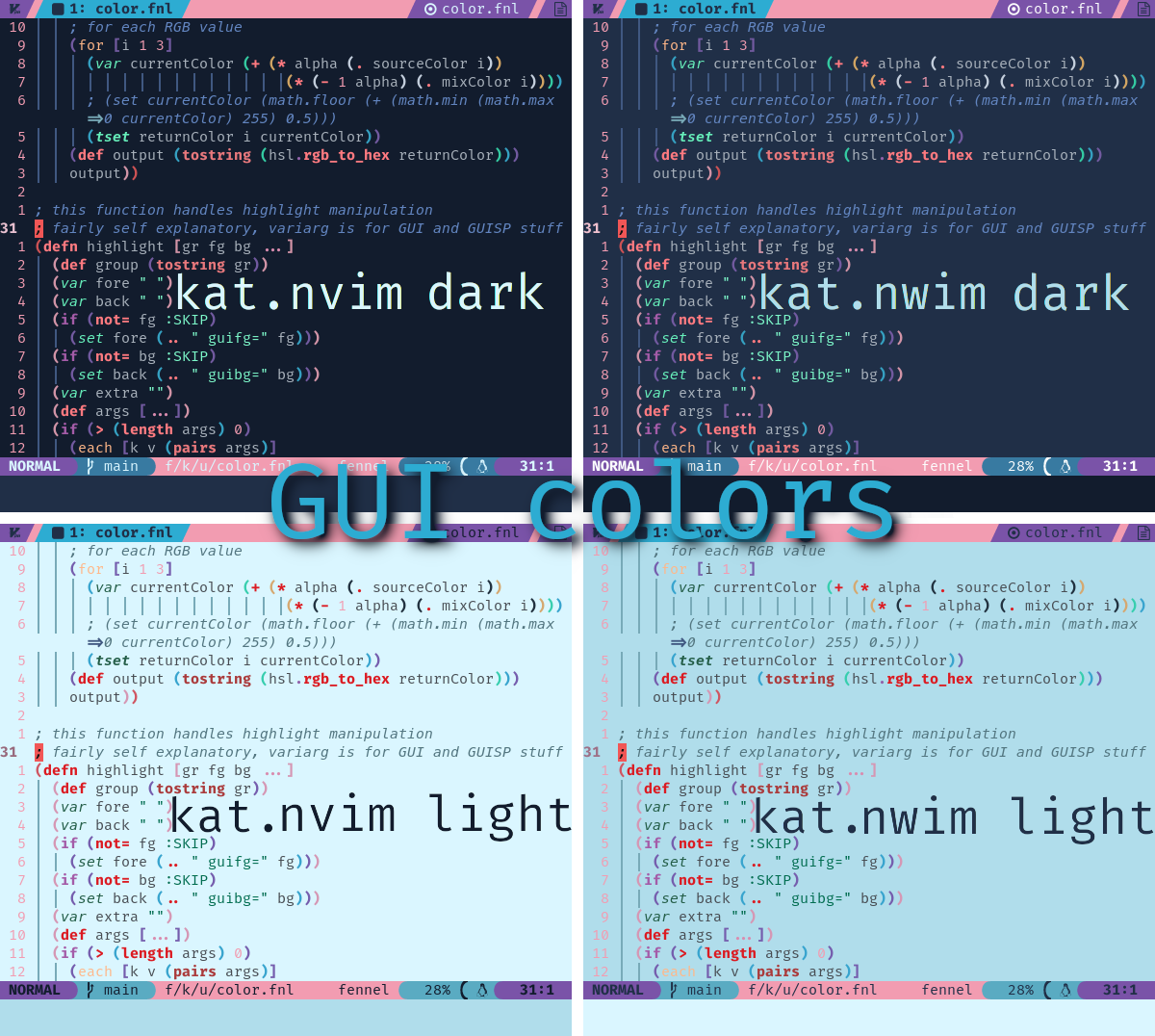 @katawful made a colorscheme called kat.nvim which hit its v1.0 version! This version is named Rotund Donskoy — I will let you read the Reddit announcement to know why! — and it looks pretty cool! 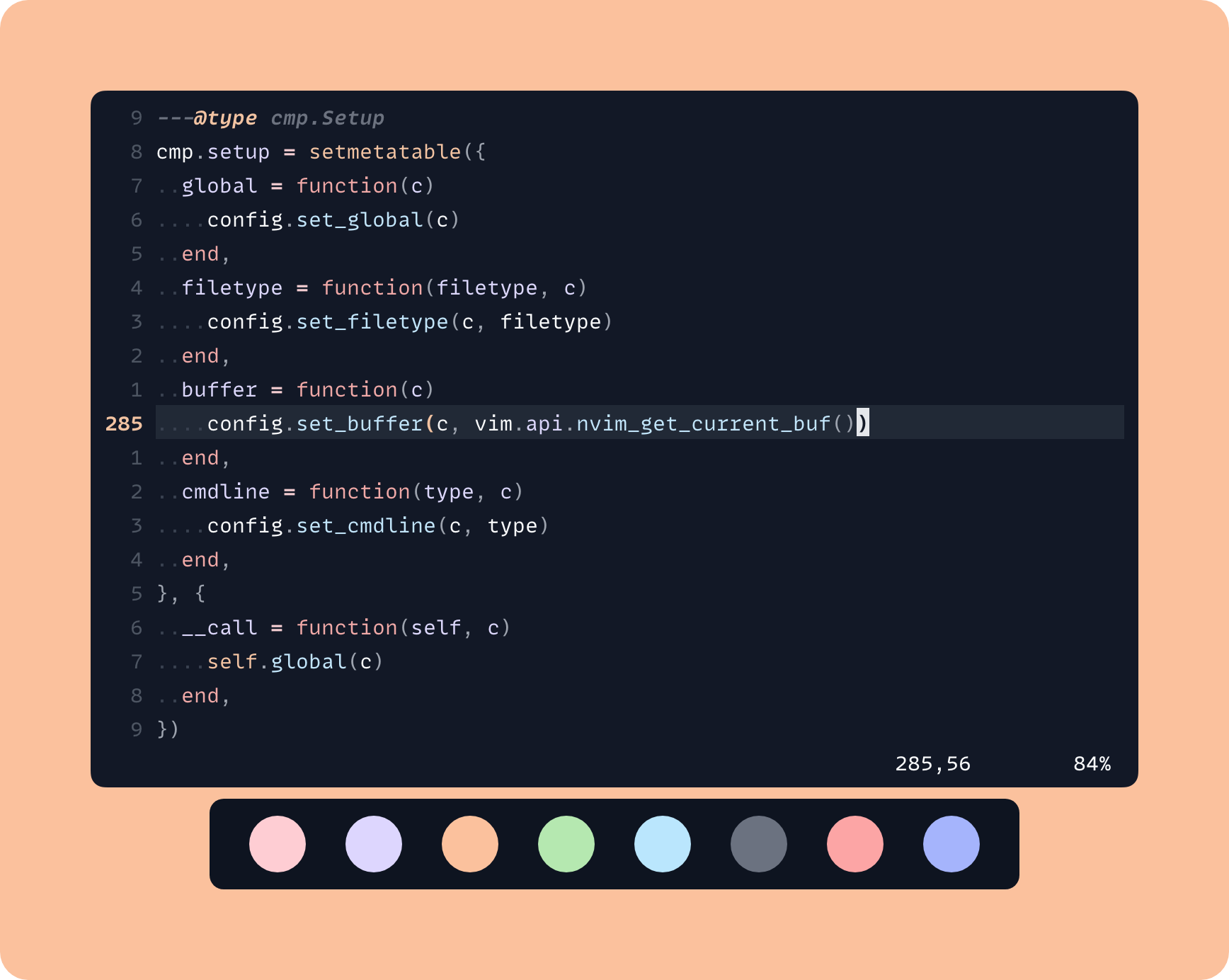 @sam4llis released their own personal colorscheme, called nvim-tundra. It has native integration of other famous plugins, such as:

Go check it out!

Hey, a new terminal plugin! @Hvassaa made their very first Neovim plugin, sterm.nvim, which stands for (s)tupid (term)inal. It allows you to toggle between showing and hiding a terminal buffer. Simple, to the point. Congrats on your first plugin! 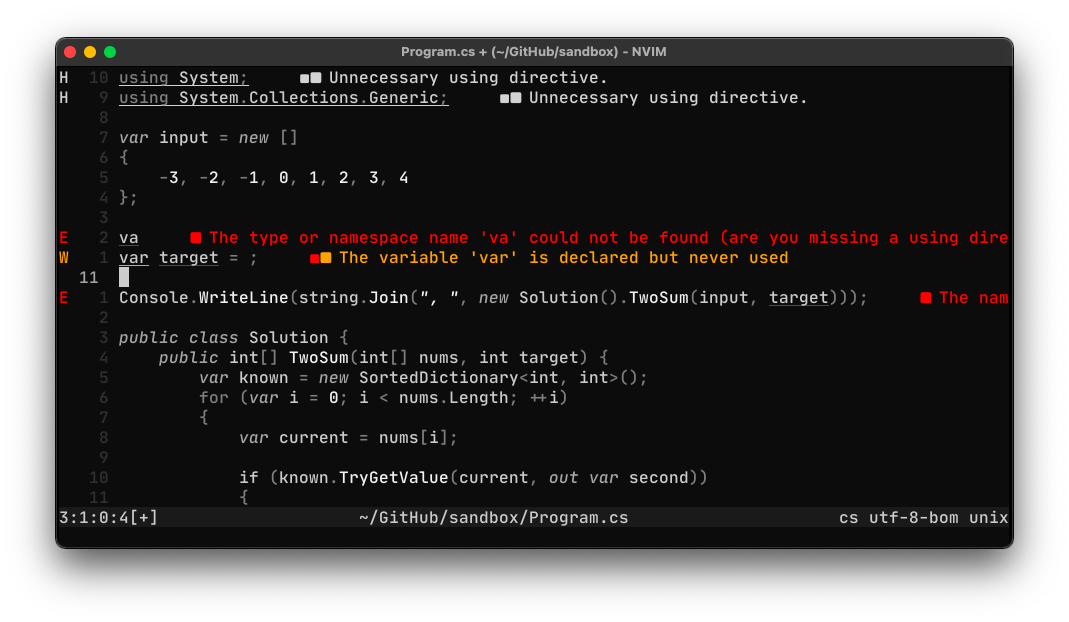 Are you sick of colors? Do you enjoy monochromatic themes? Here’s a new theme for you then, made by @cranberry-clockworks.

Procrastinating instead of doing their university duty, @raddari made a fun Neovim plugin to recall your last call to :colorscheme. You can then reuse it as you wish, and even automatically set your colorscheme based on the last session.

But really, do your homework!

A plugin that shows the LSP progress inside lualine statusline, by @WhoIsSethDaniel. I don’t know who they are, but that looks pretty cool!

Do you use Makefile with lots of targets? If yes, try @ptethng’s first plugin. With help from telescope.nvim it can show and run available make targets.

@jayp0521’s first plugin! It can automatically install/upgrade tools needed for null-ls (with help from mason.nvim, hence the name).

A Neovim plugin to highlight same-name identifiers with the same color, by @David-Kunz. 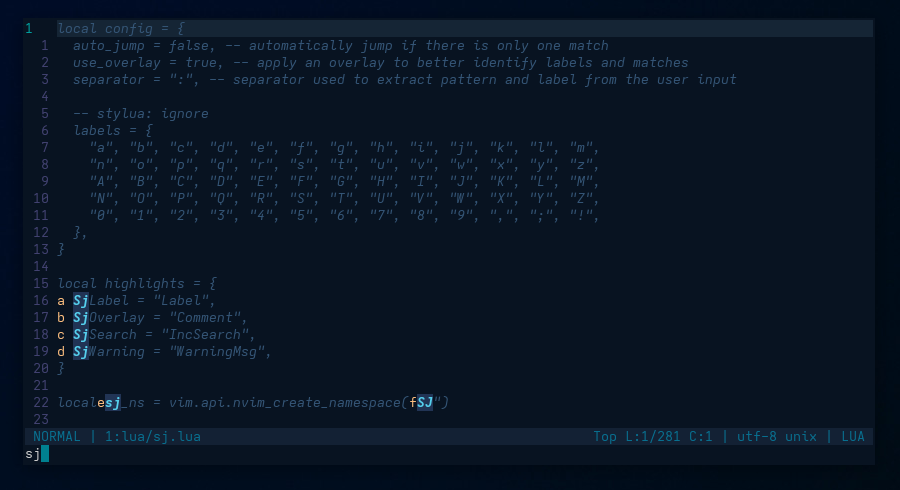 @woosaaahh made a search based navigation combined with quick jump features plugin. Congrats! The name is two o and three a, for people struggling installing the plugin!

inc-rename.nvim is a small plugin that lets you preview Neovim vim.lsp.buf.rename command as you type (nightly only). It will highlight all occurrences of the variable in your buffers as you rename it. 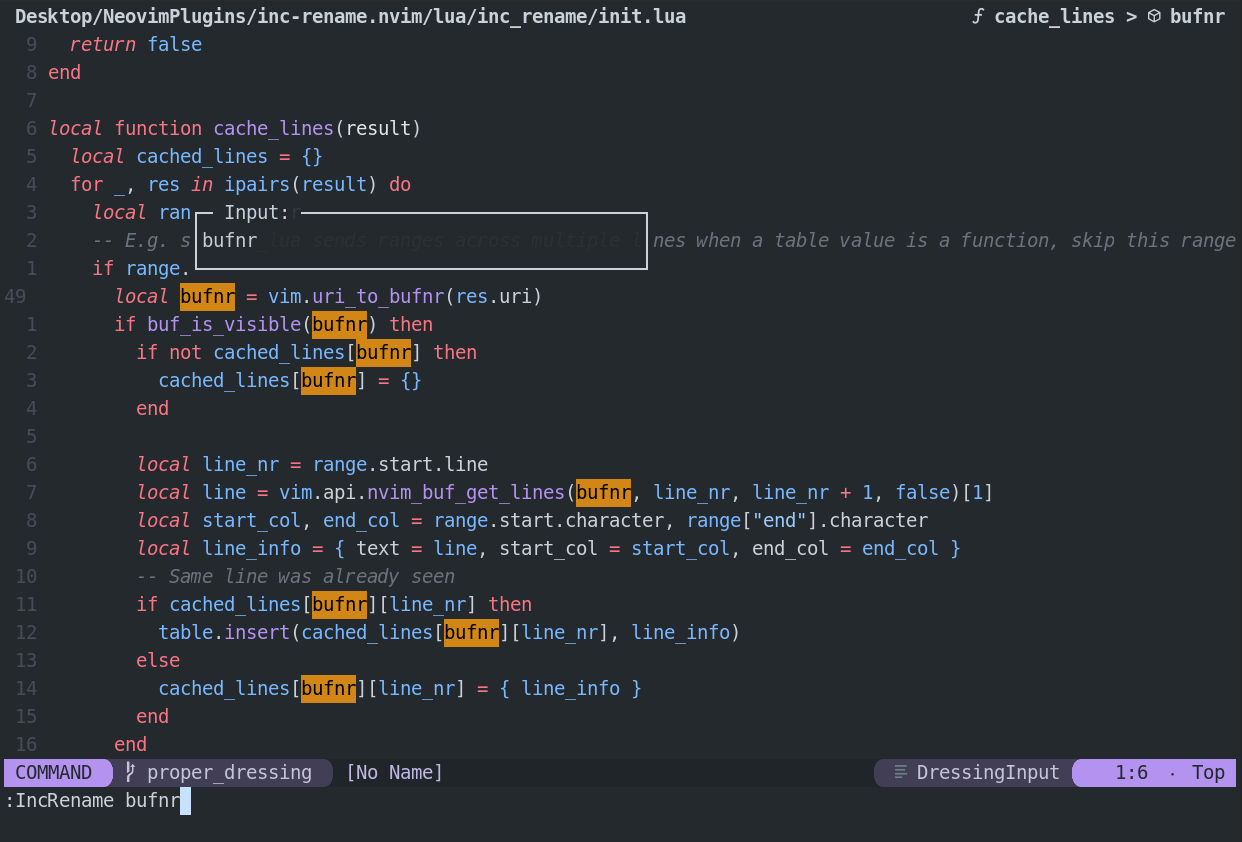 inc-rename.nvim released a new update which adds proper support for the popular dressing.nvim plugin that enhances the appearance of Neovim’s default vim.ui.input. Now, the new name of a variable will be mirrored in dressing’s input buffer as you type in the command line. There is still a small issue with the UI though that can only be fixed in Neovim itself (see #14735).

A plugin that uses the strengths of Neovim builtin diff-mode and offers some nice interfaces for viewing git-diffs for any git revision, as well as exploring file history. 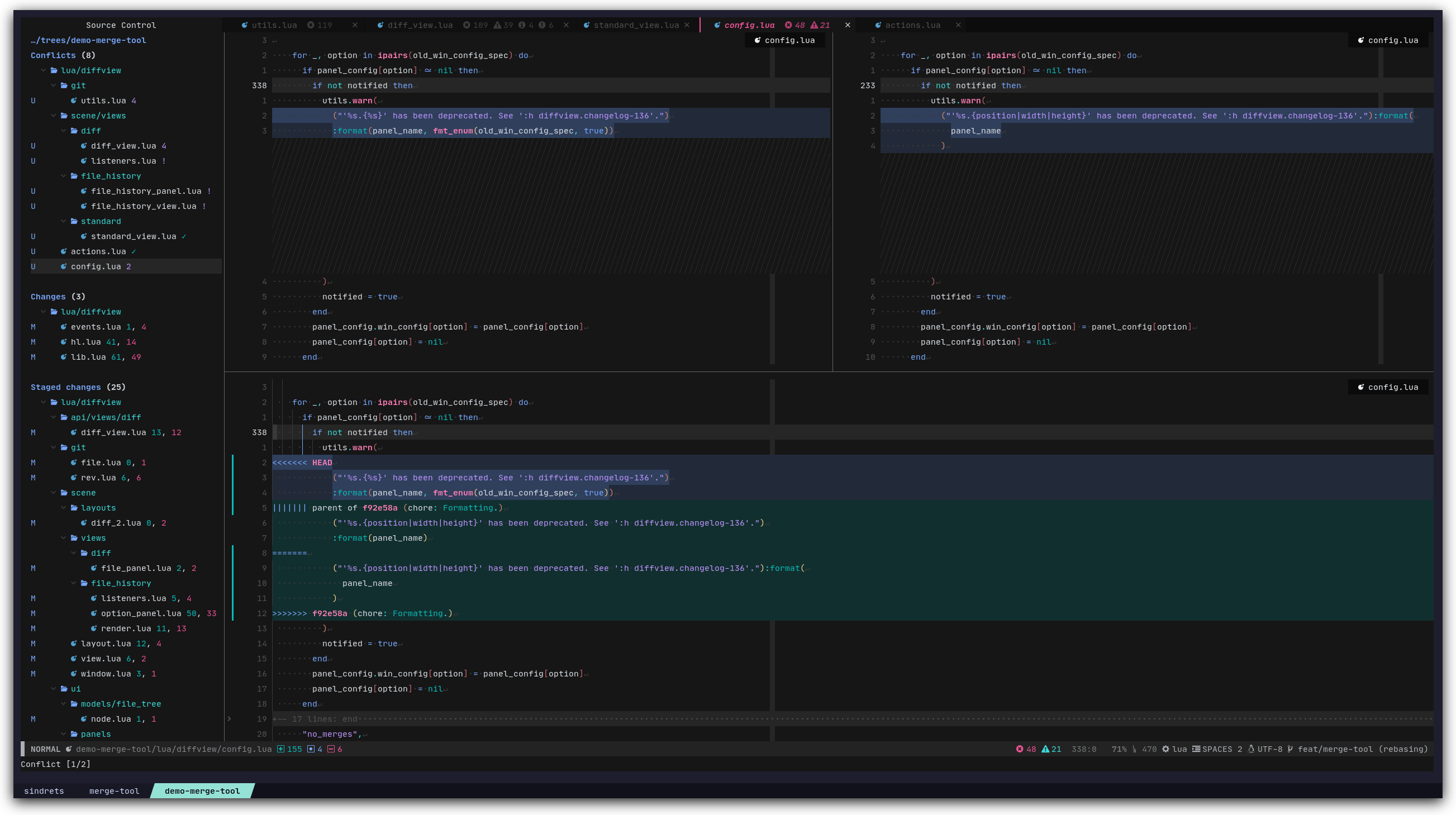 The plugin now has a merge tool! Also, that screenshot looks really nice, doesn’t it?! Congrats on the update, @sindrets.

Nothing for this week…