🗺️ A legend for your keymaps, commands, and autocmds, with which-key.nvim integration

legendary.nvim will be introducing semantic versioning via git tags in order to safely allow for a large refactor/rewrite. Feedback is requested to help make decisions during the rewrite. If you are a legendary.nvim user, please provide feedback via this GitHub discussion.

A poll was open on Reddit to get feedback about which autopairs plugin you are using. You still have some days left to reply!

A tutorial / blog article about how to filter Neovim diagnostics by severity. 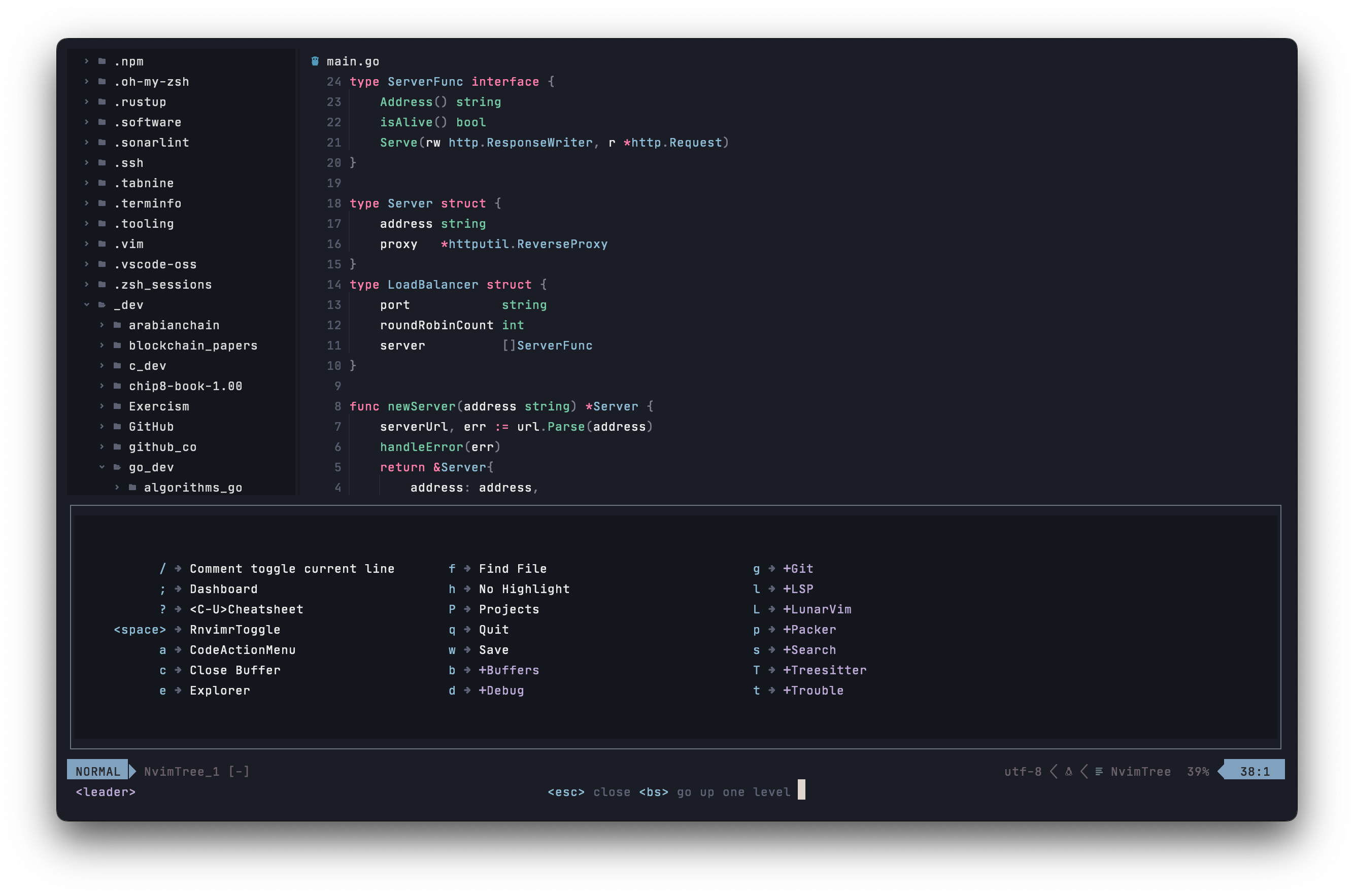 We all love a new colorscheme, so here’s a new one, made by @Yazeed1s! Inspired by a VSCode plugin of the same name. 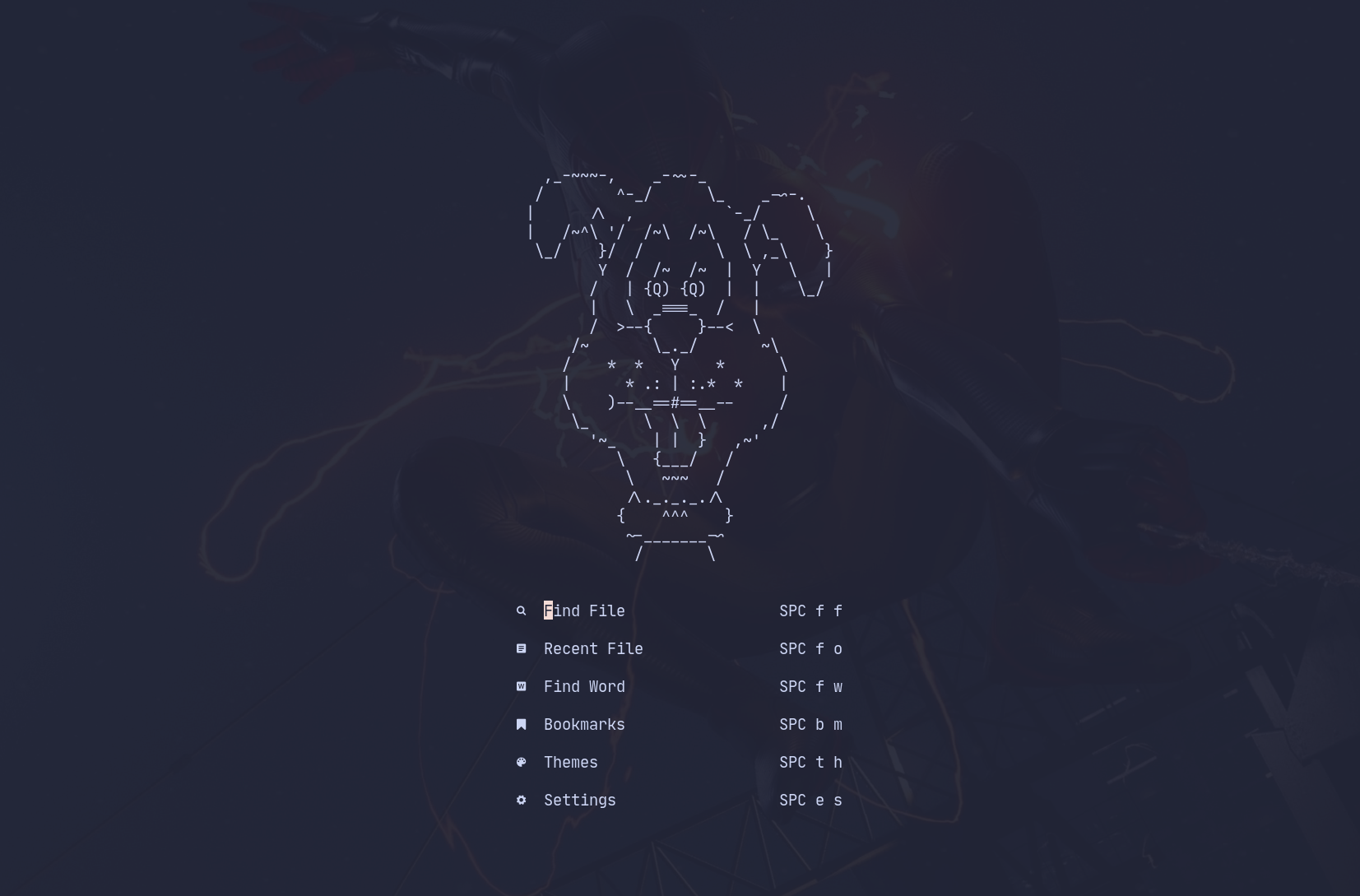 A new plugin acting as a collection of ASCII arts (in the form of a Lua table). Who will be the one writing a plugin that randomly generate string names to pick those and display them as dashboard? Nice work, @MaximilianLloyd.

Did I mention we all like colorschemes? Guess what: @AbdelrahmanDwedar made a GitHub repository to list some interesting colorschemes. The list is currently very slim, so feel free to contribute.

A great alternative is awesome-neovim, which has a long list of nice looking colorschemes.

Even though that plugin was written a few months back, we never introduced it in TWiN, so here we go! A plugin written by @samjwill that leverages Neovim’s built-in RPC functionality to simplify opening files from within Neovim’s terminal emulator without unintentionally nesting sessions.

This plugin wasn’t introduced before it was released. A tiny (currently 337 LoC) collection of custom UI utilities, written by @hood, to make your NeoVim workflow faster. It consists of two (ui-overrider, input-overrider) utilities which override Neovim’s default vim.ui.select and vim.ui.input, spawning a floating menu right where your cursor resides, and a diagnostics-navigator utility to quickly navigate (and jump to) LSP diagnostics issues in the current buffer.

Portal is a plugin that aims to build upon and enhance existing jumplist motions (i.e. c-o and c-i) by surfacing contextual information with the use of portals, and providing multiple jump options by means of queries. That is a very interesting new kind of moving around; definitly worth a try!

A motionless motion plugin! Yep, that’s a thing. Take a motion plugin, like leap.nvim or hop.nvim, and make it possible to yank, paste, and perform various actions using the typical hints, but without moving your cursor. Plugins can provide that, but easy-action does it for various plugins with a different way (plugins like Leap and Hop might already support it, or will, but it’s nice to see something doing it using plugins’ API).

This plugin written by @diegoulloao allows to yank the exact location of the cursor in the current buffer. Pretty convenient.

silicon.lua is a lua plugin for neovim to generate beautiful images of code snippet using silicon.

The plugin can now automagically matches editor’s theme, which means that you will get screenshots that look like what you have in your editor. Pretty slick!

Bob is a cross-platform and easy-to-use Neovim version manager, allowing for easy switching between versions right from the command line.

That is such a great update! 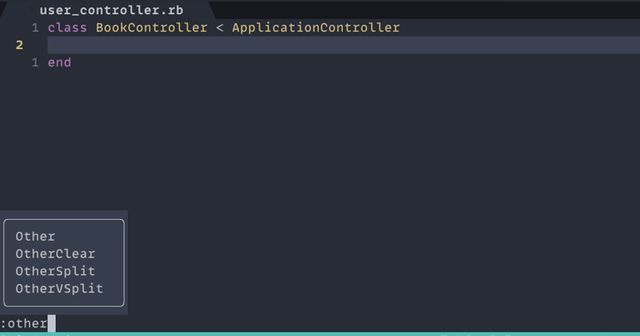 Some improvements for the built-in rails-mappings, including support for the minitest and rspec test frameworks. There’s also a visual overhaul of the file picker which now support shortcut keys to open the desired file more quickly.

These directories can safely be removed if you’re no longer using nvim-lsp-installer!